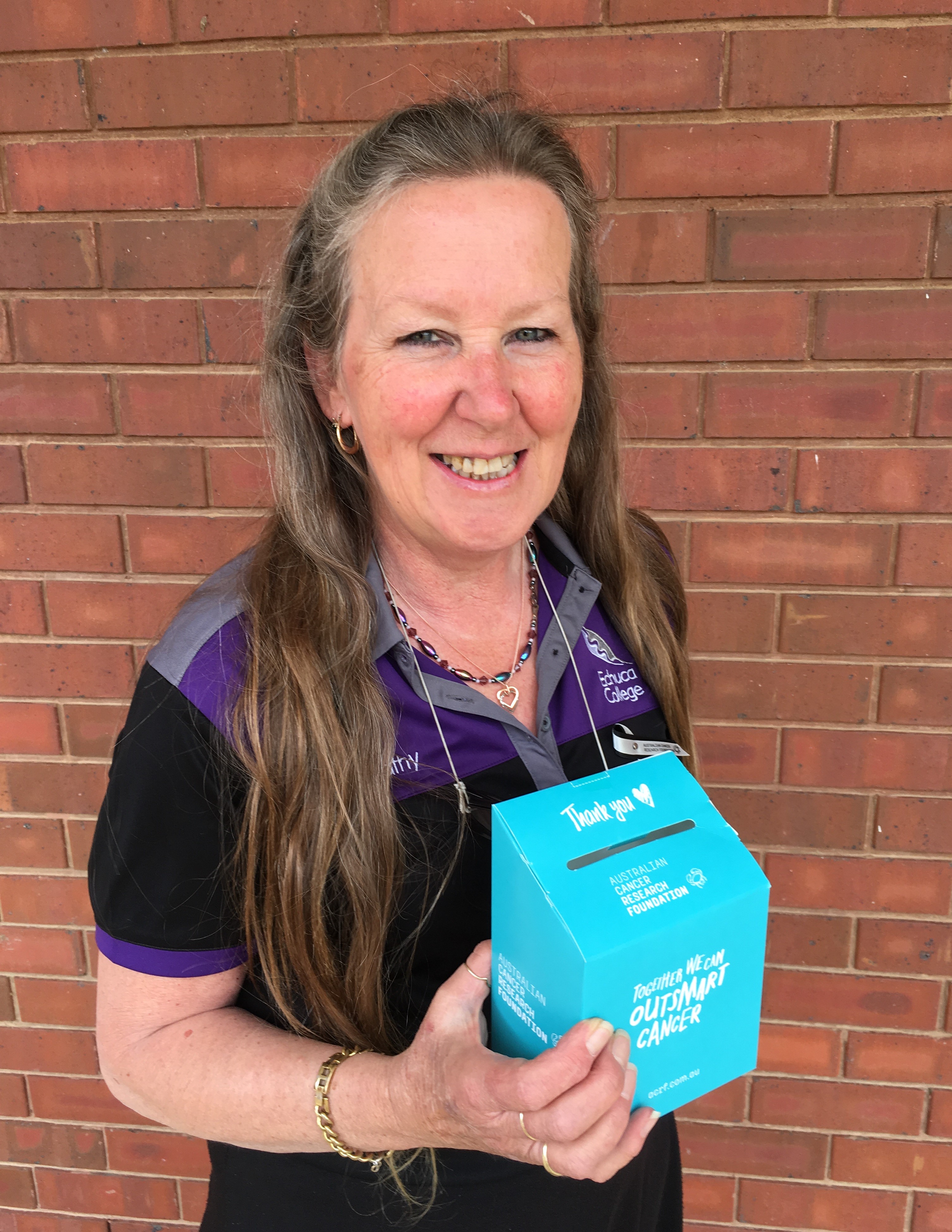 “My father died of cancer when I was 15 years old.

My mother’s grandmother died of Ovarian Cancer when my grandmother and her sister were young. They died of the same disease.

In the 1990’s, my mother, her youngest sister and one of my cousins all had breast cancer. In 2014, when my mother was diagnosed with Ovarian Cancer, she was genetically tested for the BRCA gene mutation which notably increases the risk of female breast and ovarian cancers.

When her results were positive, her seven children were then advised to have the same genetic test.

So far, six of us have been tested and I am the only one to get a negative result. My brother was diagnosed with prostate cancer before the genetic testing was done.

All my sisters have taken drastic steps to reduce their risks of getting these cancers – and I had to do something to help, somehow.

I decided to shave my head for ACRF. With the community of Echuca, Northern Victoria, rallying around me, I chopped my waist-length hair off to raise vital funds needed for cancer research.

To my surprise, my modest fundraising goal was quickly reached, and then some! Thank you for your generosity and support — it means a lot to me and the Echuca community. Together we can help ACRF create the world we want to see.”